Some Thoughts On Inequality 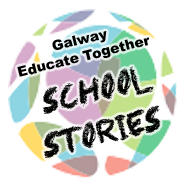 Two years ago I wrote about my concerns that my son, who has Prader-Willi syndrome and Autism, would not be able to find a suitable second level place in Galway when the time came for him to leave the wonderful Educate Together primary school that he had attended since Junior Infants.

Even though I described my fears, the truth is that I never expected them to come true. Rather, I assumed that, probably at the last minute, a suitable place would be found, leaving me to tut-tut at poor planning and the unnecessary stress caused to my son and my family.

I know now that I was naive.

In fact, despite 5 years spent making personal appeals to schools and special educational support services before my son left primary school, I failed to find a single second level place for him in the entire Galway City Planning Area. 3 special schools and 11 mainstream schools were all unable to provide him with what he needed: a place in a special class for children with Autism.

It is true that my son was offered places in two schools outside of the Galway city planning area. One is 36kms away from our home and the other 27kms away. Reluctantly, we accepted the nearer and resolved to make the best of things.

In August 2017 my son started in this new school and was warmly welcomed by the kind staff there. Despite this, I remain very dissatisfied and concerned about his wellbeing.

For a start, I wonder how he has interpreted this experience. What has he concluded from the fact that no school in Galway city wanted him enough to make the relatively small effort involved in providing him with a suitable place? Despite all my assurances to the contrary, how can he not suspect that he is somehow less valued or less important than his former classmates, who were offered places in their local areas when he was not?

I worry too about the practical implications of attending a school so far away from home.
The length of the day has meant that he has done virtually no homework in the 6 weeks since he started. His physiotherapy routine, in place since he was a baby, has fallen by the wayside. By the time he gets home he simple doesn’t have the energy for homework or exercise.

I also worry about the implications for the rest of my family.
For example, although my son is entitled to school transport, at the time of writing no escort has been hired to accompany him to and from school and so his father or I must provide transport. This involves driving 108kms per day and takes 3 hours (unless we choose to spend the entire day sitting outside the school waiting for him). This is a huge burden on us and our younger child who now spends many afternoons stuck in a car.

I feel very sad for my son on multiple levels.

I feel sad that he cannot continue to attend a school with his preferred ethos when it served him so well for 8 years.

I feel sad that he has to endure ongoing hardship to access his new school, particularly given that his disabilities mean he already has so many other challenges to contend with.

I feel sad that he has been exposed to a type of discrimination that he never before knew existed.

I feel sad too that other second level students in Galway do not have opportunity to choose the Educate Together philosophy, which promotes the values of justice, equality and human rights for all children and challenges injustice and unfair discrimination. In my view, we urgently require people with a commitment to precisely these values to challenge systems and norms that allow for people to be discriminated against as my son has been.

This entry was posted in School Stories. Bookmark the permalink.